How to Get Ready for End Times

12/1/12
Affirmation: When I stay focused on the present my life is richer and more peaceful.
The world is about to end, again.  It’s true.  It must be.  According to the Mayan calendar the last day is December 21, 2012.  They have a calendar that’s 2000 years old and their last date is 12/21/12.  They were an extremely intelligent race.  Some have even speculated that they were helped either by visitors from another solar system or another spiritual realm.  What must be done to get ready? 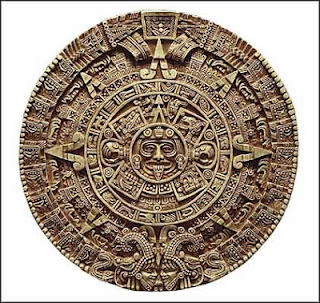 Prophets and seers have predicted the end of the world since its beginning.  You’ve probably seen one or two doomsayers standing on a city street corner wearing a placard or shouting the slogan “Repent, the End is Near!”  The Apostles, especially Paul, were sure the Second Coming was to take place in the near future.  John wrote about his visions of the world’s demise in Revelations.  Nostradamus the world renown seer from the 1500‘s predicts quite clearly the path of our destruction.  There’s a special about his predictions that’s been aired for years on the History channel that I find be quite unsettling.  Edgar Cayce, the “Sleeping Prophet” from the early 1900’s also had some predictions about end times and Jean Dixon an American actress and famous astrologer was pretty sure she too knew when we would disintegrate. There have been too many willing to tell us when we will destruct.
One of the movements that is preparing for Armageddon is called the “Preppers.”  They have shelters, stocks of food, water and weapons.  They rotate their supplies so that they are always fresh and ready.  They say it’s a way of life, being ready for the inevitability of the end times.  In the 1960’s people were preparing just like today.  Many built bomb shelters with the same sense of doom that’s presently exists.  I wonder if some of the Preppers are using those same shelters for their preparations?  When I was a child we use to have air raid practices where we would have to hunker down under our plastic school desks.  I can’t imagine how that would have saved us from anything especially from something as destructive as a bomb.

I’m the queen of prevention.  Tell me something that might help keep me safe and healthy and I’m all over it.  I brush and floss, moisturizer, exercise, pray and meditate.  I’m ready!  I take my vitamins, calcium and keep a bottle of baby aspirin next to the bed and in my travel bag.  I’m ready!  I go for my yearly physical, dental exam and mammogram.  I’m ready!  Give me some guidance about how to stay strong, healthy and safe and away I go following the rules.  Recently I signed up for a class that’s being offered by my town about “disaster preparedness”. I want to know what needs to be collected, ready for instant departure should a hurricane, tornado or a tsunami threaten us even if I don’t live anywhere near the ocean.  One cannot be too careful.  Edgar Cayce has predicted that large parts of the United States coast line will fall into the ocean and those of us living inland will have prime beach property.  It doesn’t matter that it was suppose to happen in 1998.  A prophet can get their time lines a little skewed.  If the apostle Paul could be off by a few thousand years, Edgar can be forgiven for missing his target date by a few decades.

When we experienced the terrorist’s attack on September 11, 2001, I know I was not the only one who thought the world was on the brink of destruction.  Just like Alan Jackson’s song mentions in “Where Were You When the World Stopped Turning?” I found myself in church, holding hands with strangers.  I needed the comfort of my faith and my belief system took me to Mass.  I periodically attend daily Mass and usually we have about twenty people present.  On September 12, 2001, the chapel was full.  Father Bill Schmidt said the Mass that day.  His sermon was very powerful.  He shared that no one knows when the end of the world will take place, no matter what they claim.

I am here, however, to tell you the prophets are right.  The world is going to end.  Our world as we know it will one day be gone.  Certainly, we will all at some time forfeit our personal space on this earth.  Each of us will at some time in the future no longer be here. Perhaps too, our earth as we know it will also no longer be here.  I’ve read where plans are being made for the creation of colonies on other planets in case we may need to evacuate. Life as we know it will change.
I am, however, not joining the Preppers.  I’m not sure how I would react should I be faced with Armageddon and I’m hoping I won’t find out but I don’t want to believe I would be someone who would want to survive at the expense of my friends and loved ones.  I can’t imagine my having food and shelter and denying it to those in need.  If I did, who would I be?  Not someone I’d want to know or someone of whom I’d be proud.  I’m sure that would not be what my Lord would want of me either.
We all leave our mother’s wombs reluctantly.  We have no desire to leave the warmth and comfort of our known existence for the cold, new world we are destined to enter. For most of us it’s so much easier to stay in our comfort zones but just like the child at birth, we are thrust out into the new, into the unknown.  Every ending has a beginning.  If our global world as we know it does end, what will our new world be like?  Perhaps, as many are saying, we are on the cusp of a new age.  Perhaps, it will be a world that is kinder, gentler, more loving.  Perhaps!  Personally, we too will move on.  I believe we will move from this life into another and that too will be a place of comfort and peace and love.  I am, however, not going to focus on the future and the unknown.  That was part of Father Bill’s homily on September 12, 2001.  He reminded us that our responsibility was to live each day as if it were our last.  We get to choose to focus on living life to the fullest each day, each moment.  We can choose to focus on our relationships, our gifts and the preciousness of our existence and not to spend our energy futility preparing for the unknown.  By choosing to focus on the present, with a rational awareness of the future, we can live lives that are richer and calmer and more compassionate.  I’m ready!

“Yesterday is gone. Tomorrow has not yet come. We have only today. Let us begin.”
― Mother Teresa