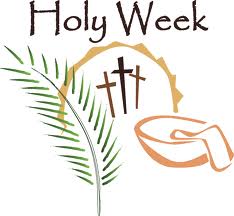 For four nights
during the week before Holy Week, Father Jim Sichko from Texas spoke to over
1000 people in my church of St. Michael the Archangel in Cary, NC.  We have a very large parish, over 16,000
people. The church has daily mass, Saturday evening mass and five masses every
Sunday.  Our services are blessed with
the gift of an amazing music minister, Wayne Cushner and a very dedicated group
of choir members.  I love going to mass. I’ve
gone my whole life and I love the ritual.
I find it comforting.  I am also
grateful for the gift of the Eucharist.
I’ve seen my church’s faults and I’ve chosen to stay and work at change
from the inside out. I’m blessed to feel this way. I know not everyone can
understand. I am one of the lucky ones. I was born into this faith in which I
feel so at home.

Mass is an
obligation for Catholics.  We are told
that if we miss Mass without a legitimate reason, we have sinned.  Father Sichko began his introduction to the
parishioners by telling them they were welcome to leave if they were at the
Mass because of obligation and not because they wanted to attend.  I’m not sure if he had the church’s blessing
on that direction but I understood what he was saying; don’t show up without an
attitude of gratitude, embrace the gift, embrace the mystery.
How many times in
our lives have we simply shown up physically to some event but didn’t commit
emotionally?  What we invest in our
experience is directly proportional to what we receive from it.  How about school for an example to which we
can all relate?  Everyone knows the
amount of time and effort one puts into their education directly affects what
one learns.  Yes it is easier for some
than for others but that isn’t the point.
If we aren’t fully invested in the process we miss out regardless of
whether or not the learning comes easily.
We may not only miss out on how much and what we learn from the classes
but from our teachers, peers and the environment.

Catholic Mass is
not an entertainment form.  Regardless of
the music or the priest’s personality, it is a very traditional ritual.  We stand, sit, and kneel, over and over.  I’ve heard it called “Catholic
aerobics.” The readings change and the hymns are different weekly but the
words are always the same.  I can go to
Mass anywhere in the world, and I have, and regardless of the language, I know
most of what the priest is saying.  I
tell you this because I understand how other, more contemporary fun services
can attract people.  I can understand why
some people come to mass out of obligation and not out of want and it is
obvious when a church is filled with people who really would like to be
somewhere else.  Many won’t be singing,
they vie for seats in the back of the church; they don’t bother to say the
prayers and they leave as soon as Communion is distributed.  I understand why Father Sichko gave
permission to those unappreciative Catholics to leave.
The people
attending the mission were there because they wanted to be.  How could I tell?  People came early.  A half hour before the mission began, the
church was almost full.  Everyone sang,
they were still singing after Father Sichko had walked out of the service.  It was an awesome sound.  I stopped singing for a short time to just
listen.  It was like the Mormon
Tabernacle Choir!  All those people
singing a joyful sound.  Why, I wondered
did so many people choose to spend four evenings here in this church?  What was of such value that they made an
effort to attend?  Certainly, this is not
the first event of its type.
I’ve never
attended a traveling preacher’s event.
Even living here in the heart of the Bible Belt, I’ve never gone to hear
Billy Graham speak or Joel Osteen who regularly visits our area.  My only revival experience is from watching
the movie Elmer Gantry with Burt Lancaster a “hundred” years
ago.  I would hope that’s not a good
representation.  From the little I
remember he was not a very upright person.
But, I can understand how one can get caught up in the experience.  I guess it is like the Super Bowl of
faith.  It’s exciting, all these people
gathered in one place with a similar outlook, rooting for the same team.  My question is why are they here?  What is everyone looking for?  What do they hope to gain? People seem to be
seeking something most of us cannot seem to find alone.

My mother was a
great fan of Robert Schuler and the Crystal Cathedral.  Thousands of people attended his services and
millions watched every Sunday.  Joel
Osteen is very popular now.  His church is
a former basketball stadium and holds over 18,000 people.  It is full every week and millions more watch
his service from home.  You don’t have to
look to the media for popular preachers or venues.  Here in Cary alone we have other churches
that attract large throngs of people each week.
It’s the same throughout the rest of the country.  They represent every denomination:
Protestant, Mormon, Jewish, Non-denominational, Muslim, etc.  Why?
Why are people coming together?
Is it simply for community or are they looking for something else?  And, why do they continue to return week
after week, year after year?  Why did
over 1000 people come to St. Michael the Archangel every night for four nights
the week before Holy Week?   Was it
because it was free?  Maybe they had
nothing better to do?  No, I believe it
was because we are all looking for something beyond ourselves, beyond our
understanding, beyond our wildest imagination.
We are looking for that which will complete us.  We are looking for God.

People came
hoping.  They were hoping they would hear
something that would inspire them to lead richer, fuller lives.  They wanted to know more about their faith
with the hope that that would lead them to lives of more value.  They wanted to know what knowledge their
faith has gathered over the last 2000 years that would bless them and their
loved ones today and in the future.  Did
they get that?  Did they enrich their
lives and their faith?  Father Sichko had
a very direct message, a simple one but not an easy one.  He told us to “live the
gospel.”  Have you read the
gospels?  Have you read the words of
Jesus Christ?  His lessons are very
clear; care for the poor, the sick, the imprisoned, the suffering of this
world.  Love at all costs, all the
time.  Don’t be attached to your material
possessions and trust that God is always here to care for you.  Simple, but challenging mandates.  Father Sichko repeated these directives.  He was able to weave them around some very
entertaining stories, some very humbling stories and at the end of the fourth
night, he received a standing ovation.
His message seemed to reach everyone there.  It was a very inspirational experience.  The energy in the church was palpable.  It was exciting! I knew I was in a holy place
with others who chose to be there.  No
one I believed was there because of an obligation but solely because they
wanted to be there.

One of my newer
affirmations is “I read something inspirational every night and
motivational every morning.”  For
the four nights of Father’s presentation I was inspired.  Listening to him was even better than doing
my reading.  It was the difference
between looking at a photo of a bowl of my favorite ice cream and actually
being able to eat it.  I came looking for
a way to enrich my life and to add to the blessings of my family and friends
and perhaps some part of the world and I found it.  I found it in Father’s reminder to “go
live the gospel.”  I know I’ll need
reminding.  I’m sure to find a reminder
in my daily evening reading of the New Testament.  That, along with Father Sichko’s lessons will
sustain me, I hope for quite a while to come.
I only wish, and hope that some of those non-appreciative Catholics did
show up on a night or two and they too were inspired, inspired to the point
where they find themselves wanting to come to mass, not just showing up because
they think they need to in order to escape the everlasting fires of hell but
because something magical happened, something mystical and the veil that had
hidden the blessings of their faith from them was pulled back and they can
finally see the beauty, the gift of the Mass and especially of the
Eucharist.