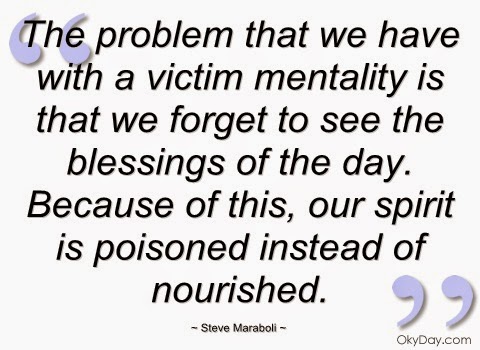 Affirmation:  I rest in the inquiry. I stand in my
power.

The young woman named Dina (She
was one of our tour directors.) was giving the description about Austria and
she was clever and quite funny.  She came
from Vienna and because of that I felt very comfortable when she described a
“typical” Austrian.  “We
are a people who always feel like we are being victimized.  Tell me a tale about one of your problems and
I will tell you one about myself that is worse than yours.  We have a black cloud always hovering above
us.  The good news is we don’t take
ourselves too seriously, so we can laugh at our problems.”  I was fascinated.  I wondered why the Austrian people had this
impression about their lives.  Was it
nature or nurture?  Certainly they had
been through some terrible times.  The
tales we heard about the experiences of the people of Eastern Europe were
beyond sad and extremely disturbing.  I
wondered if all the people in countries that had experienced horrible
historical eras had the same general sense of being victims?  What about Russia, Estonia, Slovakia, Hungary,
Poland, North Korea or Japan?  How about
Vietnam?  What about the mid-east or some
parts of Africa?  Do the people in all of
these areas of the world feel like victims.

I don’t like to classify an entire
population into one category but certain characteristics do seem more prevalent
in some cultures than in others.  For
instance when my husband, Sandy and I traveled through Ireland, we discovered
the Irish people love to help lost travelers.
They certainly loved helping us.
We were always lost and they couldn’t do enough to get us back on the
right road.  We stopped to talk to one
fellow out in the county side who stopped mowing his lawn to give us directions
and just about invited us in for tea.
I’m sure if I named a nationality, you would come up with an adjective
or two that you believe described them.
How about the Italians, the Japanese, the Germans, or the Latinos?  Did a couple of words pop up for you?
There have been times in my life
when I could have felt like a victim.  I
remember people asking me if I wondered why I had developed breast cancer.  Did I rail at God, “Why me,
Lord?”  No, I did not.  It never occurred to me to even ask that
question. Dr. Mark Graham told me it wasn’t anything I did or did not do; it was a “random act of violence.”  That might have made me feel even more

vulnerable, but
for some reason it may have brought me a sense of peace. The thought came to me
after listening to our guide that I probably don’t have any Austrian blood in
me.  I couldn’t imagine living a life
where I always went around feeling victimized.
How would that improve the quality of my life?  I think I’d be a real grump and a very
unhappy person.  It certainly wouldn’t
fit in with my concept of creating an intentional life, a life of peace and
love, joy, compassion and gratitude. However, upon more careful consideration,
I realized there have been many times in my life when I found myself feeling
powerless, small and insignificant.  At
those moments I did not step up and out.
I did not claim my power and even in the midst of “random
acts” we still have choices.  We
still have the opportunity to decide how we perceive our situation and what we
are going to do or not do.

I asked Dina, sometimes referred
to as “Dina Marie” and her coworker, Scott, whose home is in China, if
in their travels they had noticed this victimization attitude in other
countries where the people had experienced years of suffering and
repression.  They said they hadn’t really
thought about it.  The documentary The
Singing Revolution takes place in Estonia.
It was an excellent film depicting life in Estonia through the last
hundred years and it presented a people who even though they were suffering,
decided to continue their ancient tradition of a mass sing-along.  It presented a picture of hope and positive
behavior even during these more than difficult times.
I’ve read and watched a lot of stories about
WW I and WW II and about man’s inhumanity towards man, especially about the
horrors committed against the Jewish people.
As we traveled through Eastern Europe and listened to the guides
describe the situations which caused the deaths of so many people, thousands
upon thousands, or through which they lived, I began to understand why the
people in these countries would still feel a sense of travesty and
powerlessness. To be completely honest,

however, I know, with a capital
“K” that I have never experienced the repression and torment that so
many in the world have in the past or are presently experiencing.  I probably cannot even imagine the horrors
that are taking place.  On our last
evening of this trip, Scott, also affectionately know as “Scotty Boy”
left us all with this advice, “Now that you have traveled this part of the
world, maybe the next time you see or hear of something distressing that they
are experiencing, you will feel a deeper connection, a greater sense of
compassion.”  He mentioned that one
way to break down the barriers of prejudice and hatred is to be exposed to another’s
culture.  I am hoping that faced with such
struggle, I could muster enough strength perhaps because of my relationship
with my God, that I would not perceive my situation as hopeless.

The lesson here for me is that we
always have a choice about how we want to perceive our situation. The more I
thought about this feeling of being a victim, the more I realized it is not
unusual for people to perceive themselves as victims even if they have never
lived in a war torn country.  As far as
the people I know most have lived in the US and are part of the blessed
minority like myself who have not gone through the horrors of war and
oppression.  The people I’ve met who perceive
themselves as victims, are the people who believe that whatever happens to them
is totally beyond their control; there in nothing they can do about it.  They don’t or can’t recognize that even in
the most dire of situations we can choose to believe that we at some point can
affect change.  Our sense of purpose and
power lies within us, not beyond our control.
Daily we are called up to look at our attitudes and to examine our
beliefs and then to rise up and to claim our power.  If we practice daily, in the smaller things
of life, perhaps if and when we are faced with the larger, more daunting events
we will be able to “rest in the inquiry and stand in our power.” 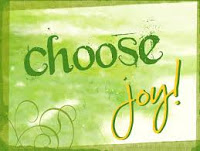 Affirmation: I savor all the joyful experiences of my
life.

I have read that
most people remember their negative or sad experiences better than they
remember their positive, happy experiences. According to the article we have a
tendency to dwell on the negative and sad and to barely notice the joyful
experiences therefore, not fully absorbing them. The advice given was that we
take more notice of the uplifting events; that we let them soak into our
cellular structure by savoring them, not letting them slip by unvalued.

Recently, I
adopted the tool of each morning writing out three joys experienced the day
before.  The practice is helping me pay
closer attention to what enhances the quality of my life.  I notice those things that make me smile and
make a mental note.  Then by writing them
out the next day  I’m recording them
not only on paper but in my heart.
My mother-in-law
turned 92 this year. Have you ever wondered what you’d be like in your
old age, or if you’ll
even have an old age? (That’s
a whole other topic.) My mom, Margaret is 90 this year.

My
mother-in-law is named Yolanda. They both live independently and are lucky
enough to live in adult communities that offer not only a myriad of services
but easy access to community. They are also in very good health.  I visit my mom regularly.  Getting old is not for the faint of
heart.  It can be a very difficult time
of life.  I often wonder what that will
be like for me.  I’ve been taking note of
how different people approach what appears to be the same situation.  I’m taking notes with the hope that I will
learn how to maintain my sense of joy and adventure.  Is it a deep abiding faith?  Is it cellular, once an optimist, always an
optimist?  Is it being able to review
your life and value, truly value, all you’ve accomplished?

My husband and I
usually travel to see Yolanda for her birthday. I spend the time soaking in the
joy that Yolanda eludes. She counts her birthday cards and reads each one to us
and tells us about the people who sent them, if we don’t already know them. If
we do know them, she tells us about them anyway. She tells us how wonderful
they all are. How kind and talented and smart they are. It’s such fun to
listen to her take pleasure in her family and friends. She’s one of the most
non-judgmental, unconditionally loving people I have ever met. I’ve been blessed by
having her for a mentor and a friend. I’ve
learned so much from this woman who readily accepted me as her daughter simply
because her son loved me.

We moved away from
the New York area very soon after her first granddaughter was born. Melissa was
six weeks old and we moved to a farm town five hours away. They must have been
so unsettled by our decision. But, they never let on, neither she nor Sandy’s dad, Joe. They
simply showed up any chance they got bringing home cooked meals and gifts
galore. I was young. I was a little defensive about keeping my own space, my
own house and I didn’t
fully appreciate what a gift I was being given.
Now, a grandmother myself I fully appreciate all she and Sandy’s father
did for us.

She now lives in
Savannah. She moved there right before her 90th birthday. We drove
her to the airport; she got on a plane and began a whole new life. I was in
awe. I can only hope that when I’m
90 I will have the gumption to make a lifestyle change.

There are so many
lessons to learn about life from Yolanda. She has a deep abiding faith.  She loves people; they are usually good and
kind and generous, according to her.
She’s lived a rich life caring for her family and pursuing a
career.  Her whole view of life is
flavored with love: love of God, love of family and friends, love of memories,
love of being alive each and every day.
I’m
sure you have people in your life from whom you too have learned a lot. But,
one of the lessons I took away from
sharing Yolanda’s celebrations with her was how important it is to savor the
joys of our lives and to absorb them. I believe it will color our attitude, our
health, our quality of life not only now but for the rest of our lives and then
maybe we too can be 90 or 92 or 100+ and giggle and enjoy all the wonderful
moments and celebrations of our lives.