You Only Live Once
649
post-template-default,single,single-post,postid-649,single-format-standard,stockholm-core-1.1,select-theme-ver-5.1.7,ajax_fade,page_not_loaded,wpb-js-composer js-comp-ver-6.0.3,vc_responsive
Jean A. Costa / Uncategorized  / You Only Live Once 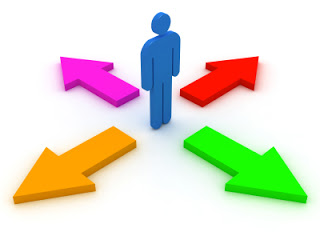 You Only Live Once

Affirmation: Because I am open and accepting, I am invited by family and friends to join them in fun experiences.
YOLO! YOLO! YOLO! My teenage granddaughter chanted when I told her I’d go to scuba diving lessons with her. It’s so great having most of my family close by, especially my grandchildren. My granddaughter is a beautiful “child” inside and out. I’m very proud of her and of her mother’s consistent guidance and influence. It’s fun and educational to have someone her age in my life.

“What does YOLO mean?” I asked. I was told it’s an acronym forYou Only Live Once. This is not the first time she has brought me the gift of a new word or concept. She keeps me “in the loop” of current events and modern happenings. It’s certainly not essential to my well being but it’s nice to have some knowledge of present day fads.“Grandma, would you go into a shark cage? “Sure,” I replied, “as long as it’s not in the water.” “You got me!” she smiled, and then we discussed small steps towards her goal of swimming with the sharks, “Maybeyou should learn how to scuba dive first,” I said. “OK, will you go with me and learn too?”

Well, I’m somewhat claustrophobic I must admit. I remember being in a tiny crowded elevator going up to the top of the Empire State Building and not being able to catch my breath. So, the thought of being strapped into a scuba suit and plunged into water is not very appealing. But, I’ve just been invited by my teenage granddaughter to join her on a great adventure. What would you say? “Sure,” I replied and that’s when she chanted “YOLO! YOLO! YOLO!” She went on to explain that it comes from a rap song done by someone named Drake and that I wouldn’t like the rest of the song. (I’ll take her word that’s probably true.) But, I love my new acronym and I love her.
I was also invited by my favorite (and only) daughter-in-law to go with her to see her family in Ecuador. I have many reasons for not wanting to be in a third world country where the economy is unstable and I don’t speak the language but I love the idea of immersing myself in the Spanish language and culture and I love my daughter-in-law. So, I said “yes” to that invitation too.

I met a group of women many years ago all of whom were widows. They had traveled to the United States from Europe. They informed me they never turned down an invitation. “If you stop saying yes, people will stop inviting you and life can become very lonely.” I listened and made up my mind right then and there that I wasn’t going to wait until I was a widow to accept the generous invitations of friends and family to join them in fun events.

I know we need to be discerning about our choices. We don’t want to be human “doings.” We want to weigh and carefully choose our options but if you’re not open to the invitations you might find there aren’t that many choices out there for you. I’m speaking here about healthy choices, not about choosing activities that are detrimental to your well being. I’m not speaking about saying “yes” to anything offered, like drugs or alcohol or other unhealthy activities. I’m talking about making your world smaller and smaller by letting fear or laziness or judgement keep you from trying new things, meeting new people and having new experiences. I have had so many experiences where I was hesitant to say say yes but did and had some of the best times of my life.

The family was once invited to a friend’s lake house for a weekend and I didn’t want to go. The thought about the amount of work it would take for me to prepare for the trip almost exhausted me before I even began. You’d think I would have already learned it’s all about the journey, not the destination. It’s about enjoying the moment, not trying to predict the future or ruminating over the past. But, I knew, I truly knew I would need to pack, buy food for ten people for 3 days, pick up the grandchildren and my mother and do all the driving for almost two hours. Then, I’d have to unpack the car and make the beds, cook dinner and then try to sleep in a strange bed in a strange place, not to mention balancing all the personalities: four grandchildren ranging in age from 11 to 16, and my mom who was in her late 80s at the time and Sandy, my husband, who hates the water or at least has a much greater respect for its dangers than I.

For heaven’s sakes, at the time I was 63 years old. I should have known by then what I wanted to do and didn’t want to do, what would make me happy and what wouldn’t. Just say “No thanks, I don’t want to do that.” I have friends that wouldn’t even consider taking on such an outing, but the invitation had come from some very dear friends and we don’t get a lot of invitations to spend time in someone else’s lake home. In fact, we’ve never gotten an invitation like this before. “Come” they said, “bring the whole family.” I felt an obligation to accept their generous offer.

I did it all, all the preparation. It wasn’t nearly as daunting as I’d imagined. We arrived right after sunset. I walked out onto the deck and there was the full moon, so big it looked artificial. My heart and soul soared and tears filled my eyes and for the next two days, I had moments of the most exquisite joy. I felt like I was on drugs, the drugs of life. I was living life to the very fullest. It brought to my mind the poem: Life said , “Come to the edge.” And I said, “No, I’m afraid. I’m weary.” And, life demanded, “Come to the edge!” and so I went and life pushed me and I flew!
My husband, friends, and grandchildren windsurfed, kayaked, laughed and played. My mother laughed and overcame her fear of riding in a speedboat for the first time. She was made to feel special and she loved being with everyone. Me? I was filled to the brim with gratitude and joy!
When I lived in Cincinnati I met some amazing people, people who became life long friends but I also met a lot of people who kept their world as small as possible. I remember a native of Cincinnati telling me they had new neighbors. When I asked if they had gone to meet them, she told me “no” she didn’t have room in her life for any more people. Oh my! I was truly floored. It never entered my mind to close the door on the possibility of meeting someone new, someone who could become a wonderful new friend.
One year my then six year old grandson went to away camp. He was so excited about going. I asked him why he was so excited and what he was most looking forward to. He told me he was excited about his new best friend. As far as I knew, he didn’t know anyone else who was going to this camp. I asked him, “What new best friend?” “The one I’m going to make.”

That’s how I want to live life. I want to believe because I am open and accepting, my new best friend is out there waiting for me to meet, or that new adventure is out there waiting for me to experience. My granddaughter is right, Drake (whoever he is) is right. YOLO! YOLO! YOLO! This is it! This is our once in a life time opportunity. Don’t let it pass you by. Say “yes.” Yes to life, yes to new experiences. Yes, yes, yes!!